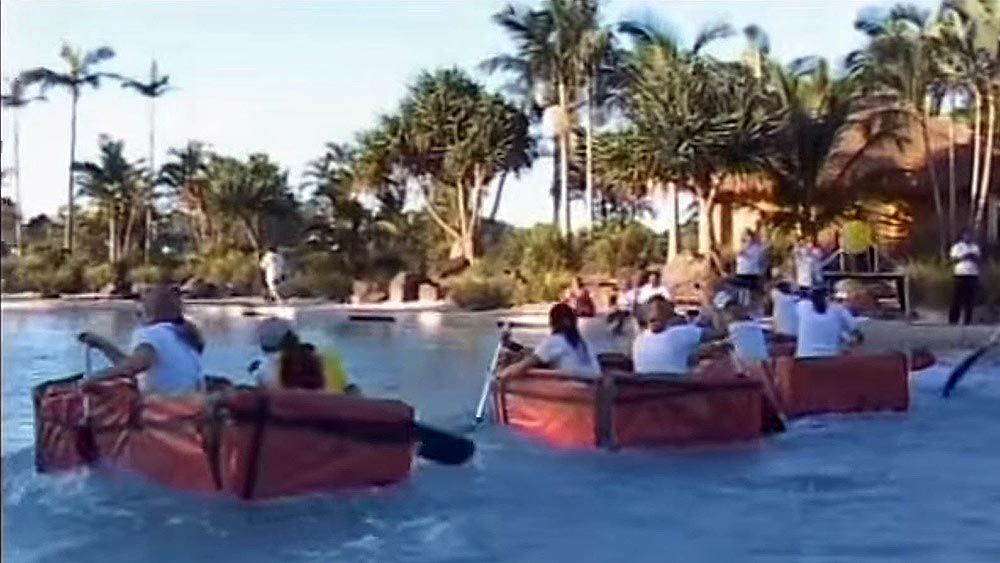 As part of a two-day programme, the Executive Committee members of Shangri-La Hotel Singapore took part in Flat Out Afloat facilitated by Team Building Asia. The brief sounded crazy – using the plans provided teams were to mark, label and cut a series of cardboard parts, which assemble to make a two-person boat – that floats and holds during a race!

Ultimate teamwork was required to divide up the roles and delegate responsibility. Construction of the boat involved creating the bow, hull and stern. These were joined together with various cardboard inserts and two triangular stringers were created to give strength and support.

Once the boat had been constructed the entire team had to cover it in plastic tarpaulin to make it waterproof. Particular attention had to be given at the hull brace for the bow and stern to make sure the plastic was tight enough to avoid any drag in the water.

A series of heat races were staged to ensure all teams got the chance to race at least twice. A great sense of team spirit and camaraderie was felt by all and provided a truly rewarding experience. Prizes were awarded for “Winning Team”.

“What an amazing event and our team worked excellently together in Flat Out Afloat to achieve some unbelievable teamwork!” 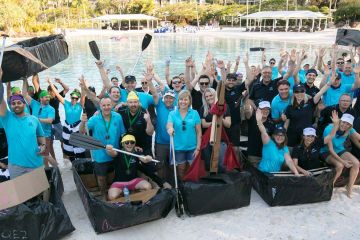 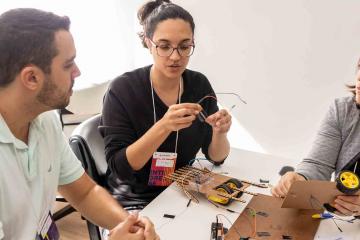 Bot Creations was showcased at the third Game Day, a free game-tasting event, in Brazil.

Welcome to Catalyst Team Building საქართველო. This site uses cookies to improve your experience and deliver personalised advertising. You can opt out at any time or find out more by reading our cookie policy.